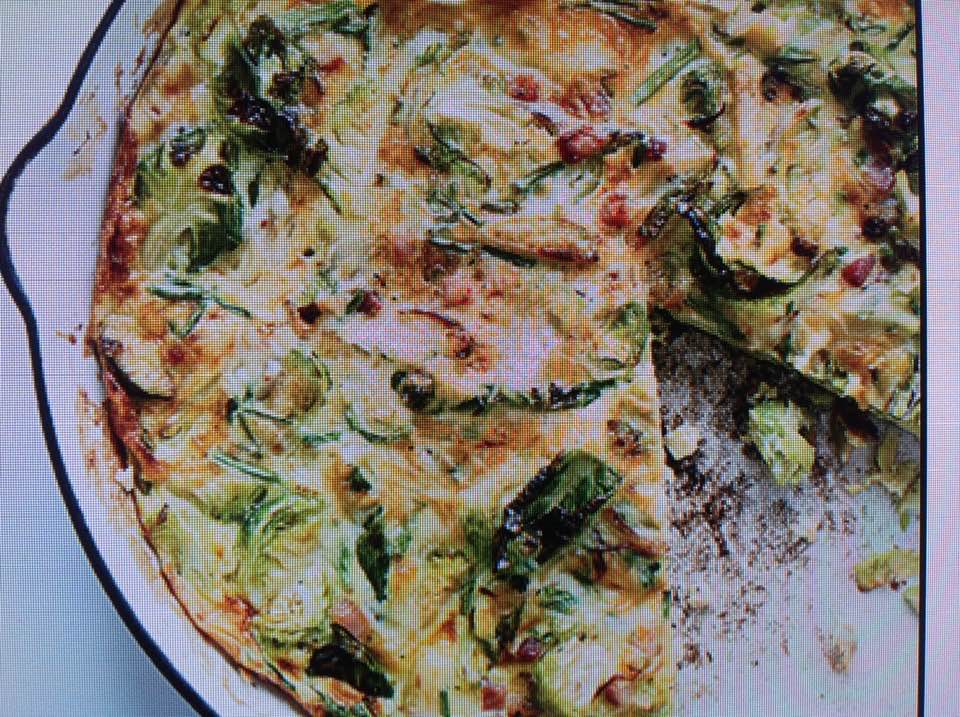 1. Preheat broiler and position rack 6” from heat.
2. In a 12” nonstick ovenproof skillet, cook bacon, stirring occasionally, until softened.
3. Add shallots and cook until soft.
4. Add Brussels sprouts and season. Tossing occasionally until sprouts are crisp-tender and lightly browned.
5. In large bowl, beat eggs with milk, 1 t. salt and 1 t. pepper.
6. Stir in cheese and chives.
7. Pour egg mixture into skillet and cook over moderate heat, stirring gently, until eggs tart to set and bottom is lightly browned.
8. Transfer skillet to oven and broil the frittata for about 3 minutes, until center is just set.
9. Run rubber spatula around the edge of frittata and slide it onto a serving plate.
10. Cut into slices and serve.
*****Frittata can stand at room temperature for 1 hour.