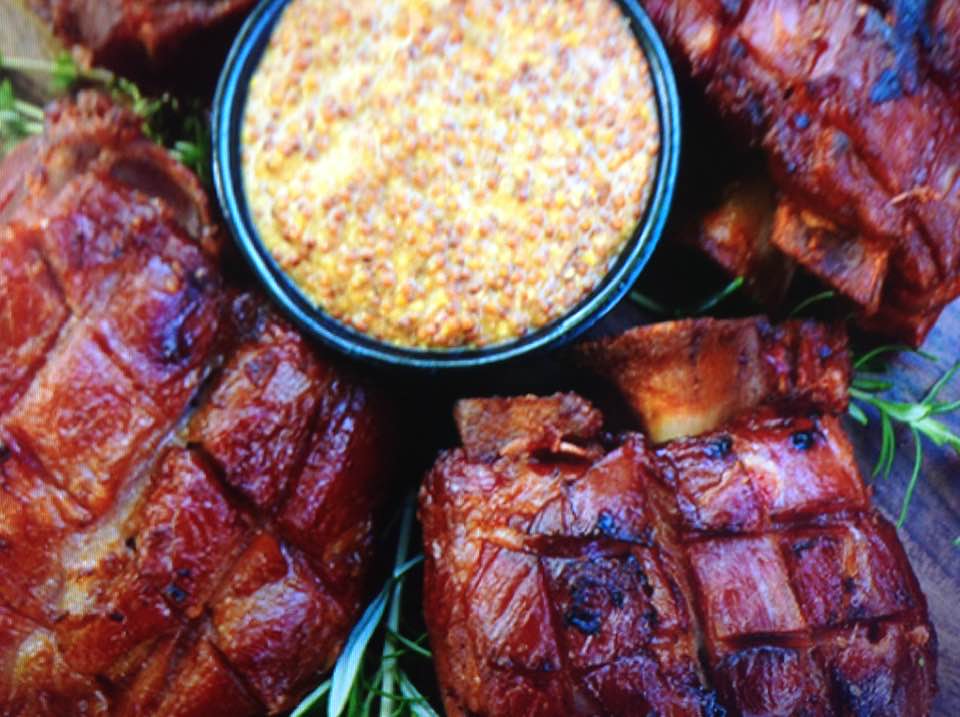 1. In cast-iron casserole, combine apple cider, brown sugar, salt, pickling spices and chiles.
2. Stir until sugar and salt dissolve.
3. Add the shanks to the pot and rub in the marinade. Cover and refrigerate no more than 24 hours.
4. Preheat oven 250. Remove shanks from brine and rinse well. Discard marinade. Clean out the casserole dish.
5. Melt lard in casserole over medium heat until it reaches 250.
6. Arrange shanks in lard so they are completely submerged.
7. Nestle garlic in the lard with thyme and rosemary. Transfer to oven and cook 3 hours or until meat is tender.
8. Remove from oven and let shanks cool in lard for 15 minutes.
9. Transfer shanks to rack set over a baking sheet. Strain lard through fine sieve, clean and dry the casserole dish.
10. Return lard to casserole and heat over medium heat to 350. Fry shanks 2 at a time over high heat until very crisp, 5-7 minutes. Transfer to paper towels, drain and serve. You may want to sprinkle with a little more salt and pepper to fit your taste.
11. Garnish with fresh rosemary and thyme.